Dr. Bouffard has been recognized as the top dental surgeon in Annapolis for more than a decade. 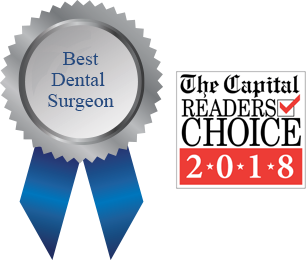 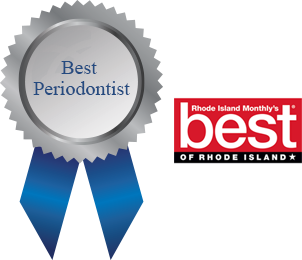 Dr. Robert A. Bouffard, a native of Baltimore, Maryland, attended Archbishop Curley High School and the University of Maryland, Baltimore County. He graduated from the Baltimore College of Dental Surgery and was commissioned as an officer in the United States Navy Dental Corps. Among his assignments while serving in the Navy, Dr. Bouffard served with Naval Mobile Construction Battalion One (Seabees) and the Second Marine Division. He served two tours at the United States Naval Academy, as a general dentist and later as the staff periodontist for the Brigade of Midshipmen, and later served as the director of the Navy Dental Clinic in Newport Rhode Island, and at the Naval War College. Dr. Bouffard completed two residencies while in the Navy, the first, a hospital based general practice residency at Naval Hospital Oakland, and the second, a specialty residency in Periodontics at the Naval Postgraduate Dental School in Bethesda, Maryland. Doctor Bouffard successfully attained Board Certification in Periodontics in 1999, and maintains his Diplomate status. Following his Naval service, Dr. Bouffard established South River Periodontics and maintains private practices in both Rhode Island and Maryland.

By choosing treatment with South River Periodontics, you should expect that you will benefit from the most up to date procedures for treating periodontal disease and placing dental implants and cosmetic periodontal procedures to help you achieve the smile you desire.

Providing Care
For the Communities of:

Convenient to the I-70 corridor from Washington DC, and Northern Virginia through the Washington DC Suburbs in Maryland and Frederick

See What Our Patients Are Saying

I have been going to South River Periodontics for years. I can't say enough about Dr. Robert Bouffard, DDS. His expertise and chair-side manner are positively beyond compare. I actually enjoy going to the dentist! If you're searching for a fabulous dentist who takes the time to actually get to know his patients and provides the best in dental treatment, one who will also explain procedures to you and treat you with the utmost respect and care, look no further than Dr. Robert Bouffard!

Dr. Bouffard extracted my son's wisdom teeth when my son was only 13 and did such a fabulous job. He took his time to explain the procedure and put my son at great ease. Now my son needs an implant to replace a tooth lost when he was 9 and there is little anxiety since he trusts Dr. Bouffard so much. We are so happy to have met him at Maple Ave Family Dentistry in Barrington.

I was referred to Dr. Bouffard six months after hitting my face on the steering wheel in a car accident. Although I had been seen several times for face pain since the accident, it was still unclear about what was going on. Dr. Bouffard listened closely to all my continued troubles and within 5 minutes of meeting me figured out that my upper jaw had actually been dislocated and should’ve been wired shut to heal properly. I was upset but relieved to finally have some answers and a solid plan for treating my pain. Dr. Bouffard worked with one of "his guys" to construct a splint that I wore for several months to provide support and structure for my healing jaw. He has continued to be involved in my healing process, performing two implant surgeries and sending me on to an orthodontist for braces to further strengthen the integrity of my jaw. Two years later, he continues to check in with me and show genuine concern about how I am feeling. I am truly grateful to have been referred to him.